is a pioneer and leading manufacturer of wire harnesses in Penang and Northern Malaysia. 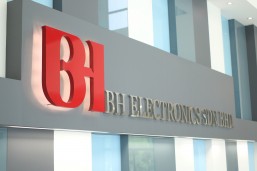 We were awarded the ‘Father of Wire Harness’ by the Penang State Government. We have an army of skilled labour force, lean manufacturing environment, in-house engineering support and automated equipment which makes BHE able to offer advantages where other contract manufacturers may fall short.

As an OEM, BH has been providing a one stop solution to our clients for Wire Harnesses Assemblies, PCB Assemblies and Box Builds for customer in Malaysia and South-East Asia, both large and small. Regardless of the size or complexity of your application, we have the manufacturing capability to satisfy your requirements.

Drop us a line today, we are ever willing to help you take some of your worries away. Whether your project is ready for quote, or just at the concept design, or development stage, we are ready to help you with our One-Stop Solution service. We understand how important communication and quick response time are to your business. Give us a call or email to find out how we can help!

A pioneer in the Wire harness industry in the 1980’s, BH Electronics’ founder Moses Khoo saw the opportunity in the wire harness manufacturing industry

during the recession period and their foresight culminated in the set-up of Ban Huat and Company in August 5th, 1985. With their knowledge and interest in the electrical and design field, and the acquisition of new technology, BH has after this humble beginning, transformed to its present formidable factory of 48,000 sq. ft. with 120 direct labour and 60 indirect labour in 1998. In 1989, Ban Huat and Company became BH Electronics Sdn. Bhd. BH was duly recognized by PDC as the ‘Father of Wire Harness’ in 1988 with the irrefutable reputation of producing premium quality products to our customers.

In 1994, BH expanded business to Singapore and by 1995 we penetrated markets in Australia, Japan and Sweden. Two years later, in 1997, US, Indonesia and Thailand became new markets for the ever-growing BH. In 20 centuries, we produced parts for DYSON products. In the same years, our business had also expanded to Mexico.

With thirty years of experience behind us, we have since diversified from the core production of wire harness to the production of related electrical raw material that includes wire harness, cable assembly, PCB assembly and box build to further meet the requirements and needs of our customers. In recent years, we have started producing our own house brand LED lights to cater to the growing market demand for low electricity consumption yet high yield LED lights for domestic and commercial use.

Ultimately, our plan is to go global with operations in Asia-Pacific, Europe and United States by introducing high-end products with superior technology. With the rapid expansion and diversification in business plans, BH achieved an OEM status since 2009.

BH Electronics aims to be the premium manufacturer in the Electronics and Wire Harness industry by deliver best quality products and services for our customers worldwide, while preserving Mother Earth through our principle practise of lean initiatives.